Should Design Be Genderless? — AL/TR 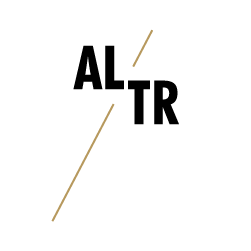 Should Design Be Genderless?

Male and female are genders that the society ascribes to the biological sexes of men and women. However, scientific studies have shown that our brains can have characteristics of a male or a female, irrespective of sex or gender. Dr Badrinarayanan Srinivasan summarises some key concepts to explore if designers should adhere to gender roles. 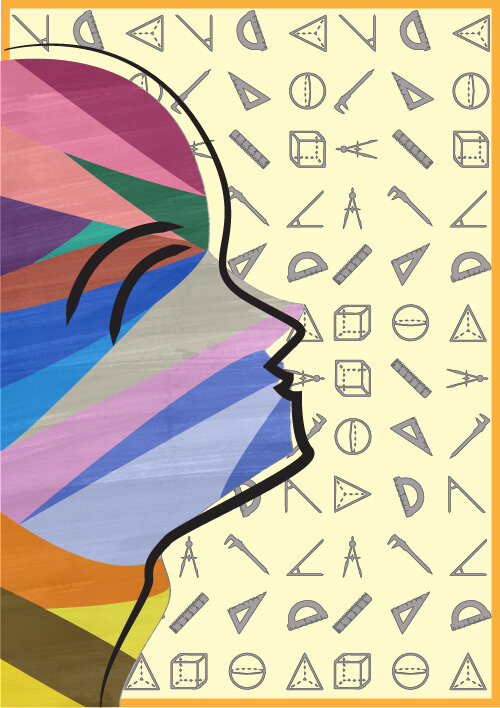 It is a very human tendency to ‘essentialise’ things. I think it was Aristotle who first postulated that everything must have a substantial ‘essence’ which makes it what it is; that something that definitively, ultimately, gives it a ‘self-identity’, ‘different’ from others. This principle of ‘essentialising’ and ‘differentiating’ has been unfortunately applied to the question of gender, resulting in stereotyping of men and women, defining one as the ‘weaker’ sex, assigning of gender-restricted roles that led to the dominance of one and the neglect and subjugation of the other, and has been a cause of endless conflict and suffering throughout human history.

More recently, to explain these differences, popular pseudo-scientific writings as only managed to reinforce such stereotypes. We have all heard (and made to believe), that men are single-taskers, have better map-reading abilities, rational, have tunnel vision, are colour-insensitive, don’t listen, and not very empathetic as against women who are ‘naturally’ more empathetic and nurturing, are multi-taskers, have wide-angle vision but no spatial abilities, emotional, see more shades of colour, etc. This has been attributed to all kinds of reasons – from evolutionary biology to genetic make-up.

With rising global awareness of notions such as ‘democracy’, and ‘individual rights’, the struggle for ‘gender-sensitivity’ and ‘gender-equality’ is spreading rapidly. Since women have suffered the untold miseries of patriarchy for too long, there could be a tendency erase those differences altogether – to over-compensate, gloss over or deny gender differences – and dream of a Utopian society that is classless and genderless. But, should we necessarily equate gender difference with gender hierarchy or bias? Can we acknowledge and appreciate the former without imposing the latter?

Is there a ‘brain sex’ or are our brains gendered?

Dr. Simon Baron Cohen, a clinical psychologist and professor of developmental psychopathology at the University of Cambridge came up with the theory of “extreme male brain” while researching into the autism in children. He discovered that men (on average) have a higher “systematising” brain function as opposed to “empathising” brain function. “Systematising” function involves the ability to comprehend and resolve complex abstract patterns and concepts, while “empathising” involves the ability to read facial expressions and relate emotionally to other human beings.

In another controversial experiment, infants less than 24-hours-old were shown two images; one of a woman’s face and the other a colour-banded sphere, and the duration for which the child stared at both were measured and compared by independent observers who were not informed of the gender of the child. ‘On average’ more boys stared at the sphere and more girls stared at the face.

Dr. Cohen has been critiqued about his experiments reinforcing gender stereotypes. According to Dr. Gina Rippon, a professor of cognitive neuroimaging, at Aston University in Birmingham,  scientists look for ‘differences’ in their ‘scientific experiments’ which are designed to find such differences. When they find the differences, they disseminate them to the public at large through the media. The media then highlights the controversies, sensationalises the results, and ignores the all-important nuances such as the rigour, conditions, limitations and the validity of the experiments and statistical averages. Could this further risk the danger of reinforcing the existing stereotypes in popular imagination and exacerbating the victimisation of one gender? She puts forth these compelling arguments in a widely viewed public debate on the subject “Is the Brain Gendered?”.

Responding to these arguments and clarifying the caveat that what is ‘male brain’ and what is ‘female brain’ may not correspond to male or female sex, Dr. Baron Cohen observed that a more nuanced approach to understanding sex and gender may be needed.

While pre-natal biology seems to play a crucial role, growing up in a ‘gendered culture’ has undeniable influences on one’s gender. Rather than asserting that being male or female is either only a result of biology or that it is only the result of upbringing and the cultural environment, which are both ‘deterministic’, he proposes a more complex ‘interactionist’ model which consists of seven layers. One’s ‘shade’ of gender may be the outcome of a complex interplay between the following layers: 1. Chromosomal sex (XX or XY) 2. Genital sex 3. Gender assigned at birth 4. Current gender-identity 5. Gender behaviour 6. Sexual orientation 7. Brain sex (empathising or systematising).

Tracing the roots of the gender-fluid society

While the West is moving towards more nuanced and layered models of understanding gender, non-binary views of gender that have flourished for centuries in the Eastern cultures. India has a rich trans-gender tradition. If you simply look at the rich Indian mythology, there are enough examples of  the acceptance of gender fluid characters - whether it is Brihannala (the transgender avatar of Arjuna from Mahbharata) or Shikhandi. In the pre-Confucian and pre-Taoist tradition of China numerous spirits or dieties were associated with homosexuality and transgender identites. In fact, animal spirits and fairies in Chinese mythology often choose same sex partners. Buddhist traditions in India also talk about the disciple Ananda is believed to have reincarnated as both female, male and transgender. Male same sex relationship is believed to have been introduced to Japan through the advent of Buddhism.

The Indonesian community of ‘Bugis’ acknowledge five genders — Oronae (feminine female), Makkunrai (masculine male), Calabai (feminine male), Calalai (masculine female), and Bissu (androgynous person with both masculine and feminine traits). Calabai refers to biological males who take on more effeminate roles, such as that of a home maker, cook, or more commonly a part of a bridal party. On the other hand, Calali refers to biological females who do masculine jobs such as that of a blacksmith. Bissu, being the combination of male and female, are thought to be imbued with magical knowledge and power, which is why they are often seen as conduits to the spiritual world.

Celebrity culture and a wide exposure in the social media have certainly helped create a climate of ‘acceptance’ to what was considered ‘deviant’ only decades ago. The notion of gender sensitivity and fluidity is fast seeping into other design disciplines as well, such as communication and products. However, spatial and environmental design disciplines are slower to catch up as they address larger and more complex parameters as well as varied audiences and end-users.

Designs: To gender or not to gender

What is the role of gender in a design school? What are the implications of the ‘male and female brain types’ on the designer and the design process? What kind of a brain should a designer ideally have? A design school, to me, represents a space of freedom – the freedom to question conventions, to explore, to experiment, to choose, to express, and just to BE.

As laboratories that produce new knowledge, design schools offer the best environments to sensitise students to social issues including that of gender. As a practicing architect since 1980’s, I have always believed in a healthy ‘balance’ of the ‘empathising’ and ‘systematising’ in the design process, long before ‘design-thinking’ diagrams came along, claiming to solve all the problems in the world of design and business. It is interesting how all of them describe a ‘systematised’, step-by-step process that start with ‘empathise’. Extreme systematising with zero empathy has led to the global wars, the Holocaust, the nuclear bomb, and the destruction of nature. Only empathy without systematic thinking may be emotionally comforting but is unproductive and ineffective in bringing positive change.

This brings me to my central thesis. A designer should train in being gender fluid, at least at the brain function level. S/he should be able to move fluidly in her/his mind, from being empathising to systematising – switching back and forth in the design process. I think a designer is somewhat of a Bissu, imbued with magical knowledge and power — the power to create. Perhaps the secret to good design is this kind of mental gender mobility? Good design is a result of a good dialogue between the empathising and systematising brain functions.

Empathy (Buddhists call it compassion), has two components 1. Cognitive (the ability to put oneself in the other’s shoes and to know what the other is thinking and feeling) 2. Affective (the drive to reach out and to respond appropriately to another’s thoughts and feelings). A good designer must cultivate both these abilities. As a teacher of design, one must not only possess these qualities, but should also be able to skilfully transfer these to the next generation of learners. Should design be genderless? Definitely not! We ought to celebrate the diversity and richness of multiple genders in society as well as in design: Design should be gender-rich!